Wildlife Photography – Getting Close Enough to Be Effective

For most kinds of wildlife photography, whether underwater or topside, a key skill toward consistently achieving good results is being able to get close enough to be effective. And, to be certain, I am saying that quite specifically – it doesn’t necessarily mean getting really close, but instead means getting close enough.

How this is defined depends on the situation, the animal, your equipment, the shot you are trying to get and more. Generally, however, especially with larger animals, achieving this requires being able to understand their natures, habits and behavioral signals well enough to allow you to get close enough without spooking them into flight; or in certain extreme cases with large, potentially territorial carnivores, causing defensive or aggressive reactions. Typically, in situations where you aren’t concealed in a blind or some other hidden location, you will need to be able to approach the animal while the animal is seeing and well-aware of you. While the issues are very similar for most large animals, perhaps sharks and bears make good, simultaneous underwater and terrestrial examples. For both, unless food is involved, they will likely have very little real interest in you. (As regards deliberate feeding, for sharks, controlled feeding by pros should be considered the only approach; for bears, feeding shouldn’t be considered an option at all.) Once one of them is spotted, getting close enough for an effective shot involves moving slowly, avoiding sudden, quick movements that startle them, and especially, devising a strategy that allows them to come to you. Considering sharks and other aquatic creatures, they can go from being apparently unaware of you (but, trust that they are) to having bolted out of sight in the blink of an eye.

For both, the approach needs to be slow, quiet and obvious. (With bears, if it appears the animal is not aware of you, alert it by saying something, softly, but loud enough to be heard…don’t risk surprising it.) Especially with swimming sharks, but similarly with many other animals (eagle rays especially come to mind), a direct approach will likely result in the animal simply veering off at a speed faster than you could catch up to even if you tried. What you should do, instead, is to stop and study your quarry for a moment before doing anything. Determine if it appears nervous or calm; concerned with you or not; and its general direction of movement. Depending upon the terrain, the best approach is to look around and ahead to see if you have an intersection point available in the animal’s direction of movement. Ideally, back away, get out of line of sight and move quickly and as quietly as possible to a spot ahead of the moving animal, settle down and let it come to you. On its own terms, it is much more likely to make a closer, perhaps even curious, pass than you could manage by moving towards it. And, ‘chasing it down’, as you sometimes see attempted, is both highly unlikely to produce results and is a detestable practice that does not show acceptable regard and respect for the animal supposedly being admired. The “intersection” method works equally well for terrestrial animals. 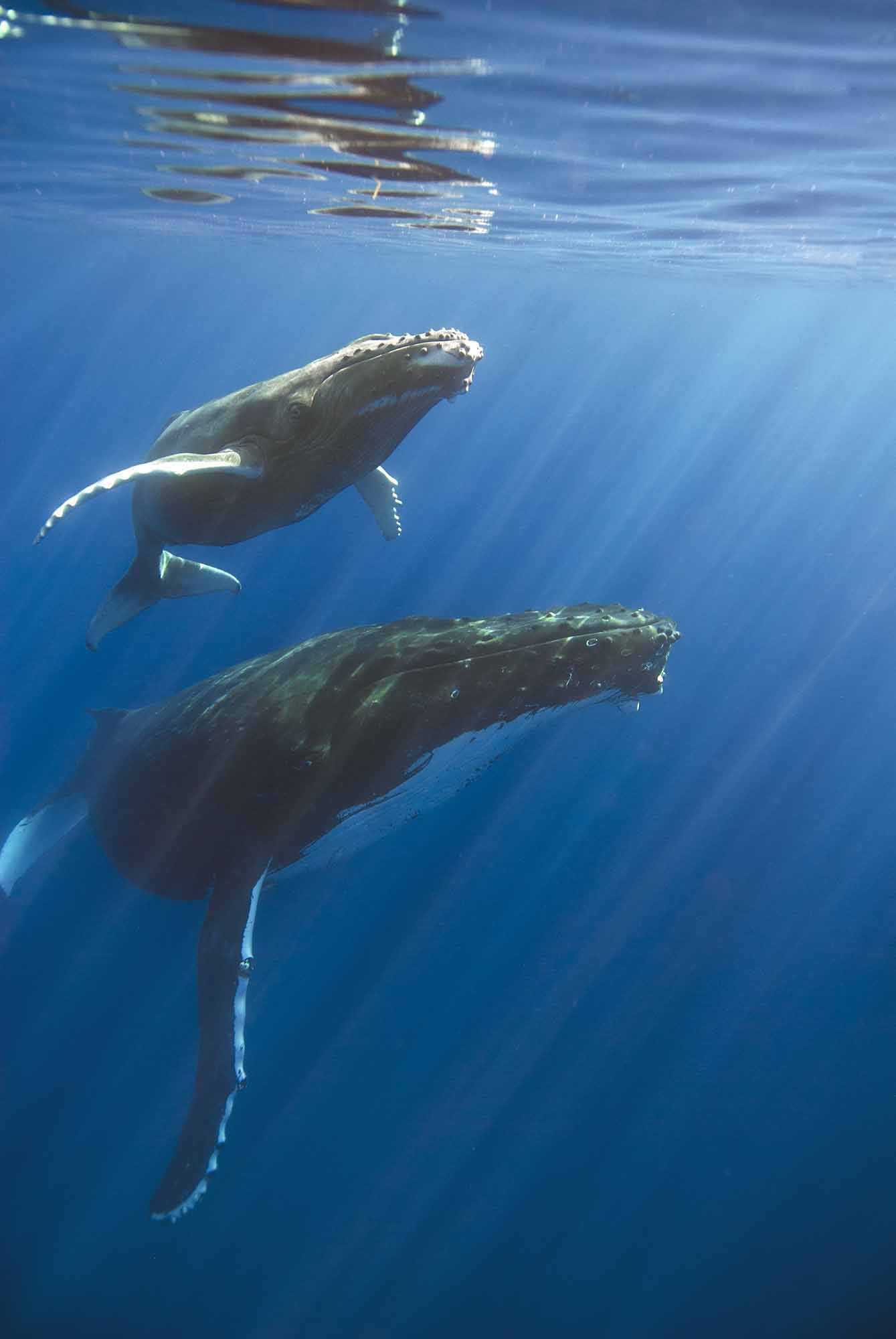 Underwater, for stationary, bottom-resting animals such as white-tip, angel, leopard and nurse sharks, crocodiles, large rays and turtles, a direct, but intermittent approach works best. Once spotting your quarry, stop on non-live bottom and wait, letting it grow accustomed to the (to them, loud) sound of your bubbles. After a few moments, finger-tiptoe across non-living bottom for a few feet, then stop again; then repeat, etc. With patience, the animal will often grow accustomed to you, allowing you to gradually move in, close enough for good images. For terrestrial animals, such as a resting elk, bear, mountain goat or large bird, the same approach (but on a more distant scale) works equally well. 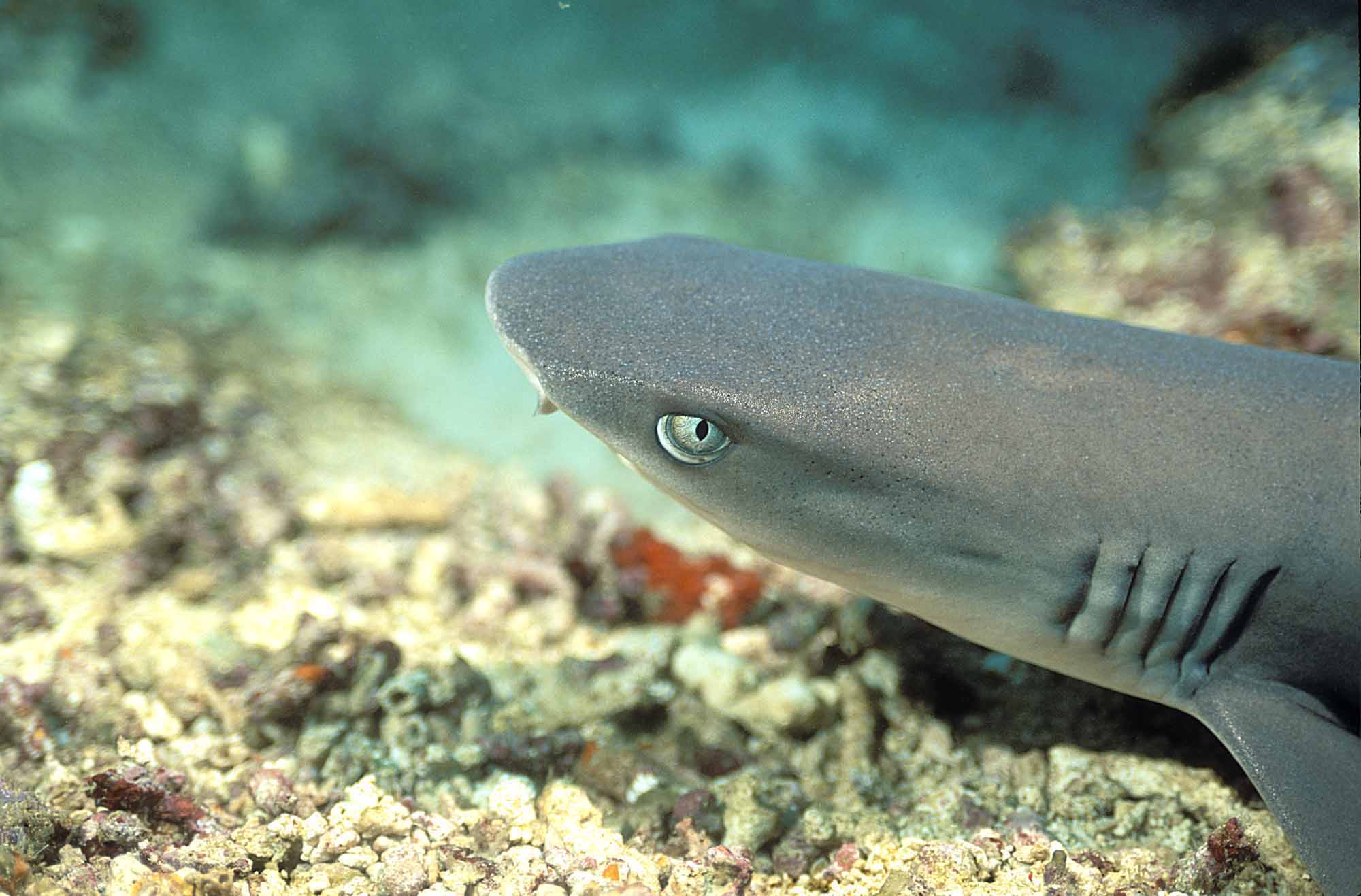 These various approaches were used for most of the large animal images in the Images galleries in this website, including Humpback Whales, turtles, crocodiles, grizzly bears, stingrays, mantas, sharks, mountain goats, moose, eagles and more. Your overall aim in getting close enough for effective images should actually be a twin goal – to get your image, and then be able to reverse your approach and be gone without the animal ever having been disturbed from whatever it was doing when you came along. When it comes to wildlife photography, this is the definition of a truly successful shot.